Now, everyone loves a Blackwing, when we can get our hands on them - everyone who is into a bit of groovy graphite, at least. But they tend to shift rather quickly, so much so that at the time of writing the special editions on display here had already, err, sold out. Darn. Well, at least this proves that all this blogging is not just a crude attempt to flog more units. To whet your appetite for the next time a special edition comes along, yours truly set out to test a couple of crackers, or possibly a trinity of titillation, depending upon your counting system. Fortunately (spoiler alert!) by the time the post had gone out the pencils were back in stock after all! The power of the written word, and all that...

Let's start with red and blue, the key colours of 'Volume 6'. These are the typical hues of the early fluorescent 'open' signs beloved of small shops for much of the twentieth century, and the last year has been a time when small businesses need our support like never before, for painfully obvious reasons. The number of the volume indicates the six noble gases, as you had already deduced. Vulgar gases, as ever, we can well do without. As an added detail sure to infuriate colour-coders, the red one comes with a blue eraser and the blue pencil sports a red rubber, but of course it is the work of a moment to correct such bewildering chaos. 'Eye-popping' is an over-used term in stationery circles but it seems more than merited here.

Between red and blue lies purple, as any chromatographer and most nursery-age children know, but Volume XIX has more to boast than an excellent coat. Should your Roman numerals have departed sometime around the reign of Nero, that's nineteen, and it celebrates the Nineteenth Amendment to the US Constitution - the moment in 1920 when women finally won the vote. White women, mostly, but it was a start. Purple turns out to be a top feminist colour, with Blighty's very own WSPU presenting it in their purple, white and green flag and American suffragists shifting the green to gold in 1867 when Kansas canvassers adopted the local sunflower as a buttonhole. 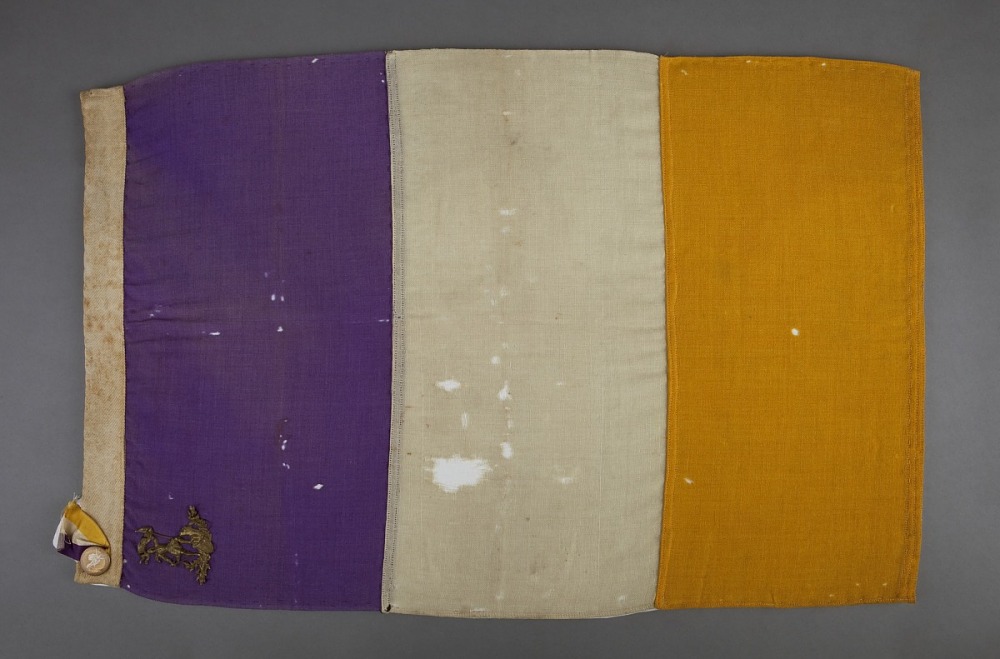 The gold stars on the Volume XIX pencil also tell a tale. They mark the number of states which initially ratified the amendment: only 36. Democracy is a task never quite completed - but at least a certain feminist historian closely acquainted with this particular scriptorium has just the right pencil to take to the polling station, next time such work resumes.

Loyal readers will know that stationery items which are merely easy on the eye are held to be of little worth here, though, so the final vital attribute is the way these pencils write. As usual, gloriously; this really is excellent graphite, wrapped in timber good enough to build cabins from, and it's a joy to use. Keep your eyes peeled for the next curious cause for celebration.
More from: Blackwing Blackwing Volumes graphite
Back to Paw Prints